The climate marches all around the world is globalism in action, a united effort by the ppl of the world working together on a shared idea for the welfare of our planet. Even though the ppl of the world are united, their efforts are aimed at capitalist/socialist governments that do not have world preservation as a priority to their party ethos. Yes they may speak in terms of policy or objectives to future targets, but in terms of real necessary direct action it is all token words and promises of future happenings. Greta is a globalist, but she is asking a capitalist/socialist world to listen. What is needed is a globalist government with core ethos on planet protection and freeing the working class slaves. A government that can enable world systems for planet and ppl.

To be able to move forward ;

Image a world healthcare system that encapsulates the latest and best the united world has to offer. Solar won the world exhibition before 1900, then America found oil and France coal… if only ehh? Yeah pretty trippy stuff… don’t lose hope, the digital era is already uniting the ppl through shared knowledge, then AI systems will take out the human error/manipulation. Anyways the babyboomers are still going and the 10’s gen are gonna carry it through having only known digital.

Yes it is surreal, the planet is being destroyed and the vast majority are working class slaves, and yet ppl can’t stop and think that capitalism/socialism have caused it. The internet is slowly pulling ppl’s heads out of the sand and uniting to demand change. We are on a tiny blue dot out in the universe, so why are we limiting ourselves with capitalist/socialist governments. Every person on Earth should be living a privileged life with free state benefits and healthcare.

Moving into the future with the planet restoration and freeing ‘the working class slaves’ in mind, we need a globalist government made up of some 200 world leaders working on AI world systems. The thing with world leaders is that WE, the ppl of the world VOTE them in, in the main. So instead of silent WL’s ie. capitalist/socialist, we NEED globalist world leaders with a core ethos on planet and ppl.

Young and old alike don’t seem to realize that the type of government worldwide needs to change to enable ‘the world systems’ that will stabilize the climate.

The global unrest and activism are in fact the beginnings of globalism in which a globalist government will replace capitalism/socialism.

I DREAMT THAT… IN 2016 THE WORLD HAD NO FURTHER NEED FOR MONEY AND THAT A ‘WORLD WIDE REGISTRAR’ GATHERED THE INFORMATION FROM ALL THE COUNTRIES PRESENT TODAY FROM AROUND THE WORLD. read more

10 Steps to a digital World

1. IN 2016…PEOPLE OF THE WORLD REALIZE THE ‘DIGITAL CHANGE’ POTENTIAL. read more 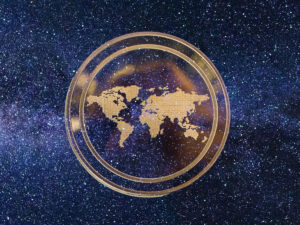